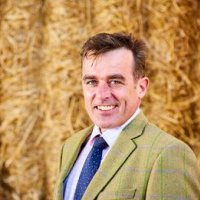 Tom joined the company in 2014 as a Director in the Alnwick office. Since qualifying as a Rural Chartered Surveyor he has worked in the North of England and Scotland, specialising in the acquisition and sale of rural property.

Tom also has considerable experience in tenancy matters on both sides of the Border, having acted extensively across the whole of Scotland on a wide range of issues such as rent reviews, tenancy surrenders and dilapidations claims. He is an approved agent for the Scottish Tenant Farmers Association as well as an approved AMC Valuer and RICS approved valuer under the Valuer Registration Scheme (VRS) which approves valuations for security, probate and tax planning purposes. Also a respected auctioneer, he has undertaken a number of dispersal sales on farming enterprises from hill sheep to large scale arable equipment and is listed on the Defra livestock valuation panel.

Brought up on the family farm in Northumberland, he subsequently moved to the Scottish Borders before returning to live in North Northumberland. A former amateur jockey, he was Northern Area Point-to-Point Champion in 2005 and is currently Clerk of the Course at Alnwick Point-to- Point course.

Tom is an AMC agent and valuer.