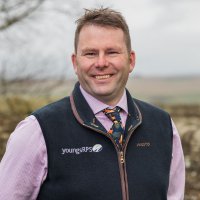 Mike was originally a diary farmer before becoming a Farm Business Consultant.

He is a board member of the Scottish Tenant Farmers Association and has been since 2010. He has gained experience working on behalf of the Scottish Government Farm Advisory Scheme around Scotland, promoting the Tenant Improvement’s Amnesty and other aspects of the Land Reform (Scotland) Act 2016.

Mike has a wealth of knowledge and understanding of environmental schemes, grant applications and liaising with SGRPID and SEPA on behalf of farmers.

He is working towards sitting his CAAV (Central Association of Agricultural Valuers) exams and is currently a probationary member.

Away from the office, he enjoys shooting and working his dogs. Mike also coaches mini rugby for Dumfries Saints Rugby Club (Under 10’s).