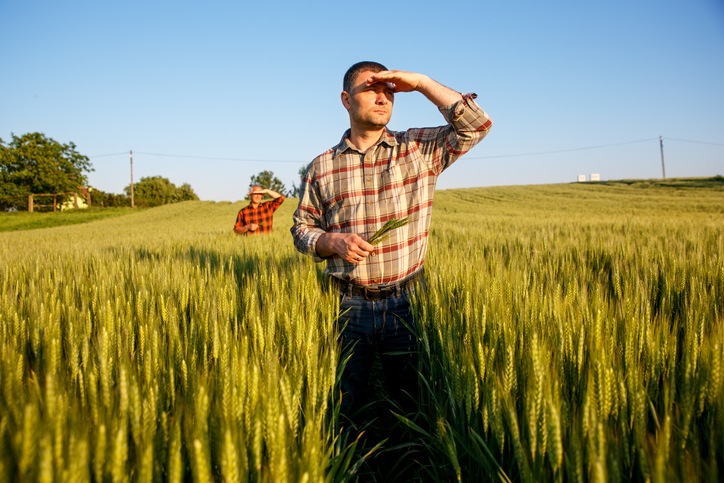 Having been tasked to write an article about uncertainty for new entrants to farming, the following quote immediately jumped to mind:

I felt this was a bit on the pessimistic side, so I decided to go with Donald Rumsfeld’s famous quote instead: “There are known knowns... we also know there are known unknowns”.

So, what are the known knowns

and the known unknowns

The answers to the above questions will broadly affect the whole rural sector, not just agriculture or indeed new entrants. As I don’t have a crystal ball, the following thoughts are just that.

I think Scottish Government will be very keen to support new entrants and will announce future funding streams to support and encourage them in to the industry.

I am fairly certain that there will be a UK common agricultural framework - imagine the confusion if different parts of the UK had different food labelling legislation and also the outcry if farmers in Cumbria received substantially less / more support than those in Dumfries & Galloway.

The UK is currently only 75% self-sufficient in indigenous foods, which is good news for farmers and provides opportunity. On the downside, sheep farmers are particularly exposed to a hard Brexit as the UK produces more lamb than it consumes. I am concerned that post Brexit the UK Government will be so keen to do a trade deal with America and other food exporting countries that we will move away from the current high food standards set by the EU.

Long term agriculture support is a difficult one to predict. The UK Government have set out a vision for an environmental based support scheme. Many commentators in Scotland point out that Scottish agriculture is very different from that in England, with 75% of Scotland being less favoured area, compared to only 25% of England. There are many hoping that agricultural support in Scotland does not go the way of current environmental schemes, which typically favour large scale hill units and not relatively small but productive family farms.

To round things off, I go back to my original quote, there is certainly a degree of uncertainty out there and it seems certain to remain for a little while yet!

On a more positive note, agriculture is a long term industry and there is a rapidly growing world population to feed. A popular post on Facebook reads: “once in your life you need a doctor, a lawyer, a policeman and a preacher but every day, three times a day, you need a farmer” (Brenda Schoepp).

For further guidance on grant schemes or assistance in applying please contact our Dumfriesshire Office on 01387 402 277 or our Northumberland & Borders Office on 01665 606 800.