Budget 2021: What does it mean for the North of England? 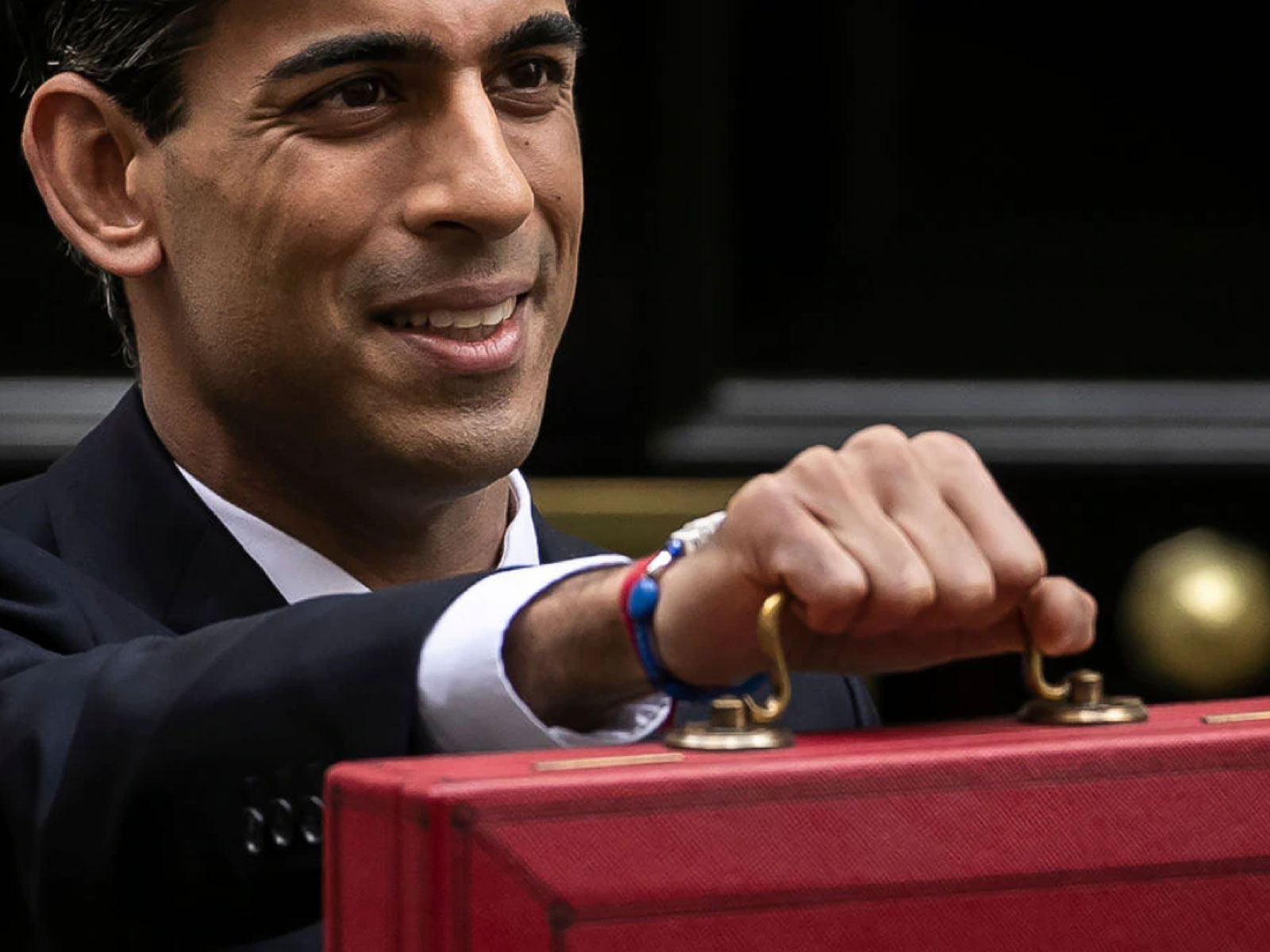 Graeme Bruce, Managing Director, introduces our review of the 2021 Budget, giving an overall view on the measures that were announced, followed by an analysis from our commercial property, residential property and planning and development teams on the affect these measures will have on the North of England.

With the UK economy struggling hard due to the continuous impact that COVID-19 has had on all our lives, and the majority of business, I did not anticipate many significant changes in the tax regime. No major changes to taxes were announced today, except for an increase in Corporation Tax from 19% to 25% - the fact this increase has been postponed for two years is receiving much commentary!

The confirmation of the continuation of the various support measures, and that the support tap will not be suddenly shut off, was welcomed, and will hopefully assist in a speedier recovery and limitation of further damage as has already been demonstrated by the recent review by the Office for Budget Responsibility figures. Also, the closure of some gaps in the reach of support is positive as the support is needed now, despite the knowledge that extending all of these measures will inevitably prolong the repayment pain.

The opening of the Darlington Economic Campus to house the Treasury North will be a boost to the northern economy and the additional, very significant, announcement of the successful application for the Teesside Free Port, which is anticipated to create up to 18,000 new jobs, is a fantastic opportunity for the region. Teesside is leading the way in offshore wind farm development and Carbon Capture Utilisation and Storage with the ground breaking work of the consortium, Net Zero Teesside; really putting the region on the map in this rapidly evolving sector.

There was some encouraging news for North East businesses from the Chancellor in his Budget statement, including measures which will assist all businesses, particularly those in the retail, hospitality, leisure, and tourism sectors.

The continuation of the furlough system through to September will help many businesses through this transition period as we come out of lockdown and return to more normal trading conditions. There is to be a continuation of the 100% business rates relief for qualifying businesses to the end of June, and then a two-thirds discount for the rest of the financial year, but there was no mention of any overhaul of the business rates system.
New restart grants will be available in April for non-essential retail businesses forced to close under COVID-19 restrictions, amounting to £6,000 per premises, but extending to £18,000 in the hospitality and leisure sectors. A freeze on duty will also help the ailing hospitality sector.

The reduced rate of VAT of 5% for the hospitality and tourism sectors will continue to the end of September and be replaced by an interim rate of 12.5% for the remaining six months of the financial year.
Another feature of the budget, which will assist business, is significant tax breaks on investment.

The Chancellor also announced a number of tax raising plans to help rebalance the public finances including the rate of corporation tax on company profits to rise from 19% to 25% in April 2023, although the lower rate will be retained for smaller businesses with profits of less than £50,000.

There is welcome news of investment into the region including a new Treasury campus in Darlington with the likelihood of 750 Civil Servants relocated to the town, and Teesside being included as one of the eight Freeports in England announced in the statement.  Freeports have been at the forefront of our minds for some time now due to the significant positive impact they will bring to surrounding areas, such as increased employment and investment. Whilst it was a shame that Blyth, is not to be including within the eight sites, The Teesside Freeport applies to several areas including the Port of Middlesbrough, the Port of Hartlepool and Teesside International Airport. We look forward to seeing how the North East commercial property market will benefit from the above initiatives.

Although there is some concern about how all the additional spending will ultimately be recovered, I am pleased to see that this year’s budget remains largely focused on support measures, given that we have a long way to go before the COVID-19 pandemic is under control in this country and across the globe. That said, we still need to plan for the future and it’s good to see the North of England get some recognition, with significant investment through the Towns Fund, the allocation of Freeports for Teesside and the Humber (but not the Tyne unfortunately), and the selection of Darlington as the base for Treasury North and Leeds for the headquarters of the new UK Infrastructure Bank.

The Infrastructure Bank will operate across the UK, but locating the headquarters in Leeds is clearly a strategic move to help ‘level up’ opportunities across the country. The Bank’s core objectives will be to help tackle climate change and to support regional and local economic growth through ‘better connectedness, opportunities for new jobs and higher levels of productivity’. This is encouraging and a good example of this at a local level is the existing commitment to reopen the Northumberland Line rail link through the Project Speed initiative. The North East is already establishing itself as a hub for technology innovation and the recent news that BritishVolt will build a new ‘gigafactory’ for the manufacturing of batteries for electric vehicles in Blyth, Northumberland due to its sustainable transport links and access to renewable energy will inevitably lead to further investment and development in the area. North East ports are already assisting in the delivering of large-scale offshore wind projects in the North Sea and there are large areas of development land in the region with Enterprise Zone status.

In combination with the support measures to help businesses and individuals withstand the economic impacts of the pandemic, the funding set out in the Budget for new infrastructure and the Government’s commitment to a green industrial revolution could be very positive for the region. If these initiatives can be implemented swiftly and effectively this will help the long-term economic recovery and hopefully keep the development sector buoyant.

Whilst most of the Chancellors announcements were well telegraphed in the lead up to the Budget, some of the detail has come as a pleasant surprise. On stamp duty, it was widely reported that the nil rate band of £500,000 would be extended until the end of June this year, but the Chancellor has gone further to taper the relief by reducing the nil rate band to £250,000 until the end of September reducing the impact of a ‘cliff edge’ withdrawal of the stamp duty holiday. This will benefit all property transactions that don’t complete before the end of March or June, but will be of most benefit to the lower end of the market -  below £250,000, where stamp duty will not be paid on transactions that complete before 1st October this year.  After this date the nil rate band will revert to £125,000.

Whilst there was less detail on the mortgage guarantee scheme in terms of who will qualify, the Chancellor indicated that this was aimed at those who could not afford more than a 5% deposit; the Government will guarantee the balance of the mortgage on properties up to £600,000. This will be available from next month. Most of the high street banks have committed to the scheme with more to follow. This measure will help first time buyers and those who want to move up the property ladder secure the mortgage they need.

Both measures should give further certainty for the property market going forward and will help to encourage more people on to the housing ladder. How this will impact on prices and the supply of properties coming to the market remains to be seen.

Other positives for the housing market in areas of the North East were the announcement of a new campus for the Treasury and other Government departments will be located in Darlington bringing, 750 jobs to the town, as well as the announcement that Teesside will be one of the eight Freeports in England.

Other measures announced by the Chancellor, including the extension of the furlough scheme and help to the hospitality sector, should be positive and the Office for Budget Responsibility have now revised their estimate of peak unemployment this year down from over 10% to 6.8%.